There is some good news and some bad news here. On March 23, the New York Times announced that there was more arctic sea ice in 2018 than in 2017 - to be more precise, the maximum amount of sea ice in 2018 was above the maximum of 2017, but barely. So that’s barely a good news. The trend is clearly towards a reduction, however. Worse, scientists make the difference between old ice - the one that is more than 5 years old - and new ice. Older ice is generally thicker and thus more resistant to warming. It seems that there is less and less older ice, and this trend may be interpreted as a bad sign that ice seems to keep melting faster and faster. To the extent that some predict that as early as 2030, we may be witnessing an ice free Arctic Ocean in the summer. 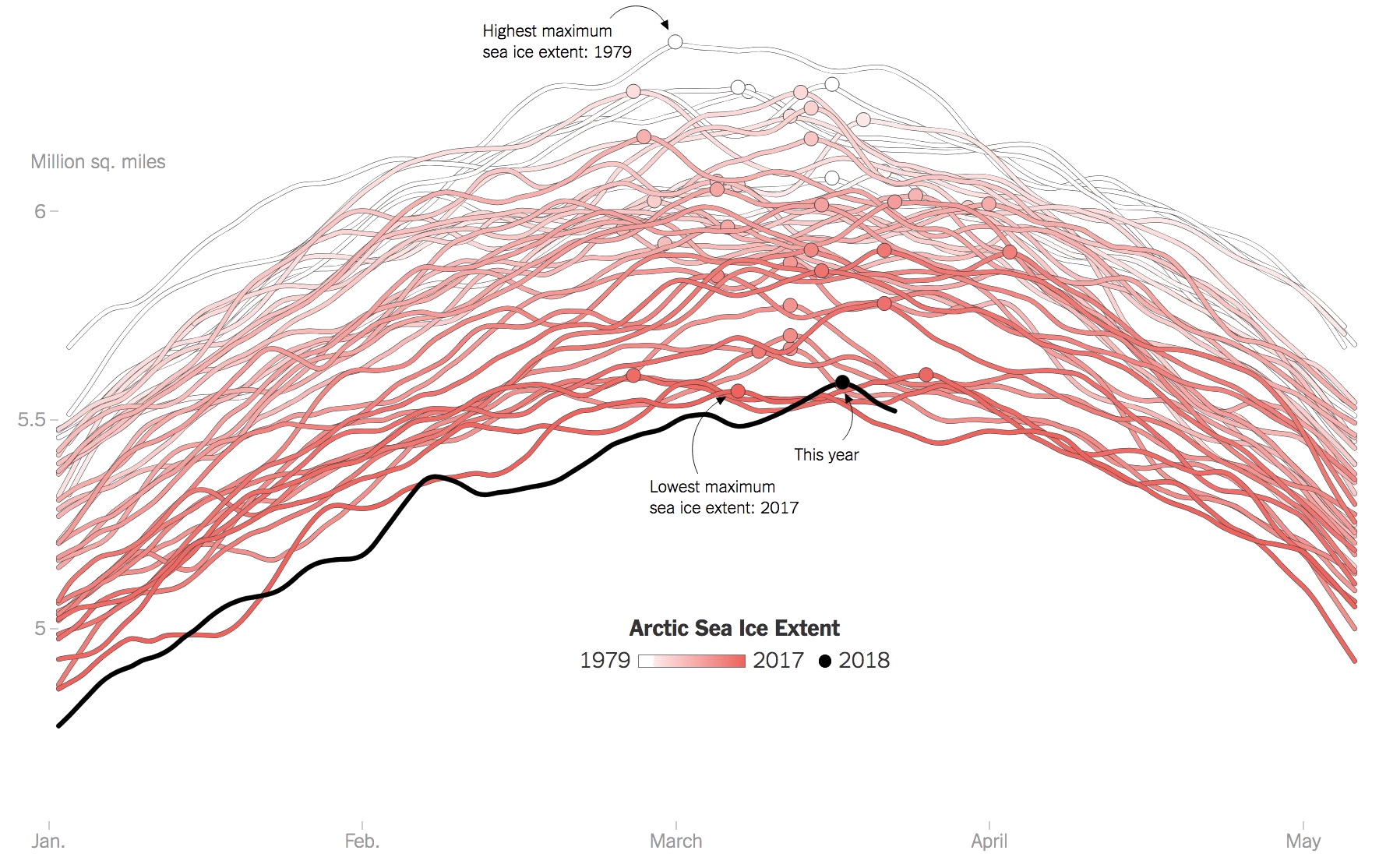